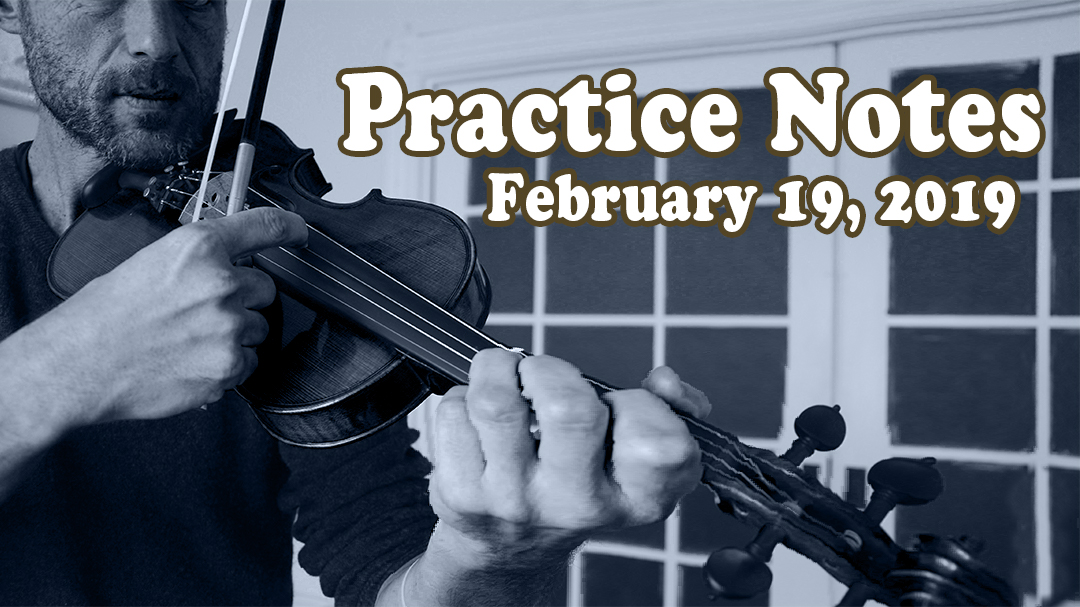 It’s been raining a lot in the Bay Area. It’s been nice. I’ve been hibernating, catching up on work, detoxing and practicing a lot ?

Here are some notes I’ve taken from my practice in the last two months. It’s fairly longwinded so I’ll summarize briefly here, and then start blowing wind. (That sentence didn’t come right, but it made me laugh, so I’ll let it stand.)

I’ve been learning a lot of old-time tunes and practicing them in a fiddle raga format. I’ve also been reviewing some Irish tunes.

I’m starting to work on the Fiddle Ragas album. Specifically, I’m figuring out how I want to arrange the tunes and record them. I’m recording myself playing the tunes and then cutting out different variations using a music recording software called Reason. That way, I can go back and listen to all the ideas. 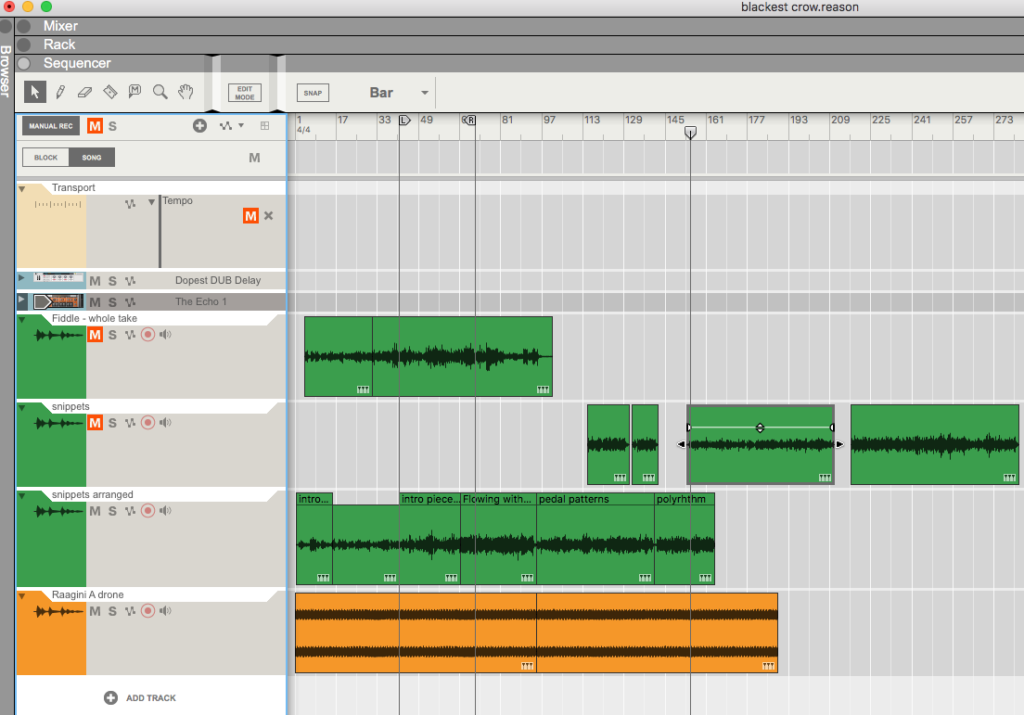 I’ve been doing a ton of scale practice in the key of A major and minor. Mostly the pentatonic scales. These are easier scales, I’ve taken a lot of the simple melodic variation patterns and used them to create more involved variations.

In case you haven’t taken my lessons on Melodic Scale Variation, I’ll explain my shorthand system for representing and practicing patterns. In the notes below, the numbers refer to steps of a scale. So 1-2-3-1 on D major would have the first step of D0-1-2-0 followed by D1-2-3-1 (here the numbers refer to finger positions). In your own practice, I recommend starting with the 1-2-3 melodic variation and mastering that.

The longer patterns start to look mathy ? It actually makes sense if you just hear it and then try to do it. See the video above for examples of how some of these sound.

Four ways to practice melodic variation on a scale

Testing how well you know something

Adding a slur pattern to a phrase or tune is a way to test how well you know something. Another test is to play it with a metronome. Playing at a faster tempo is another good test.

I’ve been noticing when there are things that are more difficult. There are certain resistance points I come across in exercises or tunes. The biggest thing I’m working on is the transition between strings. This is challenging because of the new tuning, which I’m not used to. It forces me to break certain habitual patterns. Beginner’s mind!

Over the last month or so, I’ve been more amazed and grateful for the fact that I still really enjoy practicing music. There are some days when it feels like a “should” before I start. But even then, once I start I’m all in. There’s something joyous about the act of practice itself.

Why does speeding happen?

I noticed that I tend to speed up while working on a challenging thing. Why? I know that I’ll be able to do it if I slow down. But then, to borrow a term from traffic school, I start to “velocitate.” I’m tempted to look this up on the internet to see if there is a scientific reason for velocitation. Instead, I’m just going to sit with the question and see if any insight comes naturally.

And while we’re at it, here are some other things I’m actively practicing:

How can you find a way to enjoy practicing today?

How To Make Scales Fun