Here’s a lesson for fiddlers who want to learn the mandolin.

It’s a little easier for fiddlers to learn mandolin because both instruments have the same strings: GDAE. This means the left-hand finger patterns are the same on each instrument.

The first time I picked up a mandolin, I was amazed to discover that I could play all the music I already knew on it: classical, fiddle tunes and jazz melodies.

3 skills you need to learn for the Fiddle to Mandolin transition:

Big takeaway: You can start learning these skills RIGHT NOW with your fiddle.

So pick up your fiddle and let’s get started!

Plucking with the thumb

Hold the fiddle in mandolin position. Then pluck open strings with your thumb. Just play around with plucking in your own way. Then try to pluck scales and tunes you know. In the video I’ll use Oh Susannah (in G) as an example.

Brush the side of your thumb against the strings in a downward motion. These are downstrokes. They’re the mandolin equivalent of downbow. Upstrokes are like upbows on the fiddle. Play upstrokes by lightly brushing your thumbnail against the upper strings. This is a little harder than downstrokes.

Thumb-strumming will help you get the physical feel for playing mandolin. Alternate between downstrokes and upstrokes. Extend the practice by practicing rhythms:

Here are some fiddle rhythms to practice with:

Are you ready to begin your fiddle journey with me?

You’ll get full access to all courses and group lessons. Plus, I’ll send you some free lessons tailored to your current skill level.

Play each note separately. This is called an arpeggio in fancy music-speak. It’s a great tool for practicing chords because it helps you to hear which notes are not ringing properly. If each note sounds good when played separately, then the chord will most likely sound good.

Now play the full chord downstrokes. If you’ve already learned double stops chords from me, then you’ll notice that there are three 2-note chords nicely contained within the 4-note mandolin chord:

Go back to the full mandolin chord to hear the big picture.

Once you can play G Major, then it’s pretty easy to learn C major. Simply move the same finger shape (1|L2) across the strings from A and E strings to D and A strings.

Notice that the F chord uses the same shape (1/L2) as G and C. Just shift the shape from D and A strings to G and D strings.

Thinking in shapes and patterns can help you learn music more easily. You can do a similar practice with Scale Shapes. Finding Patterns In Sheet Music 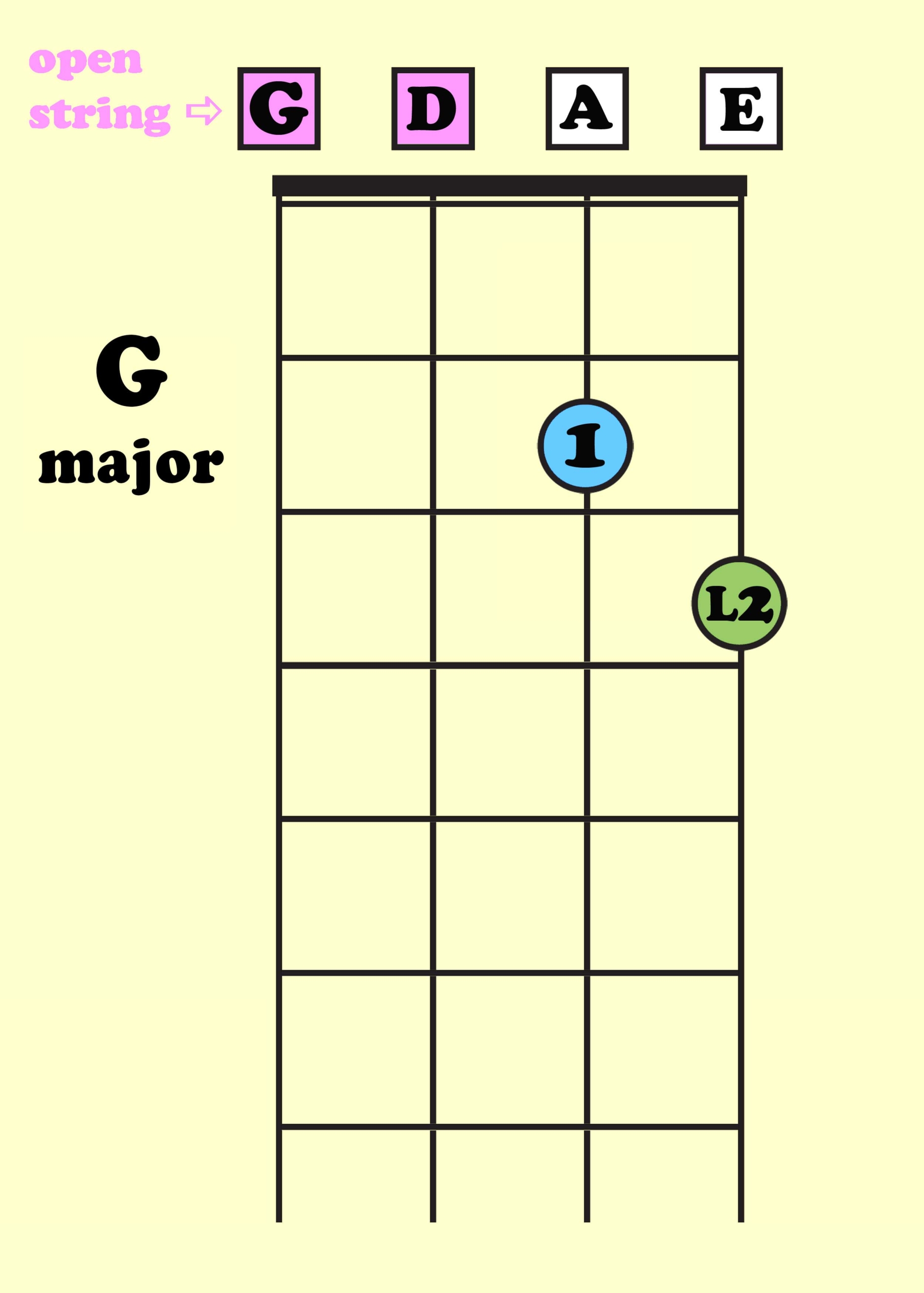 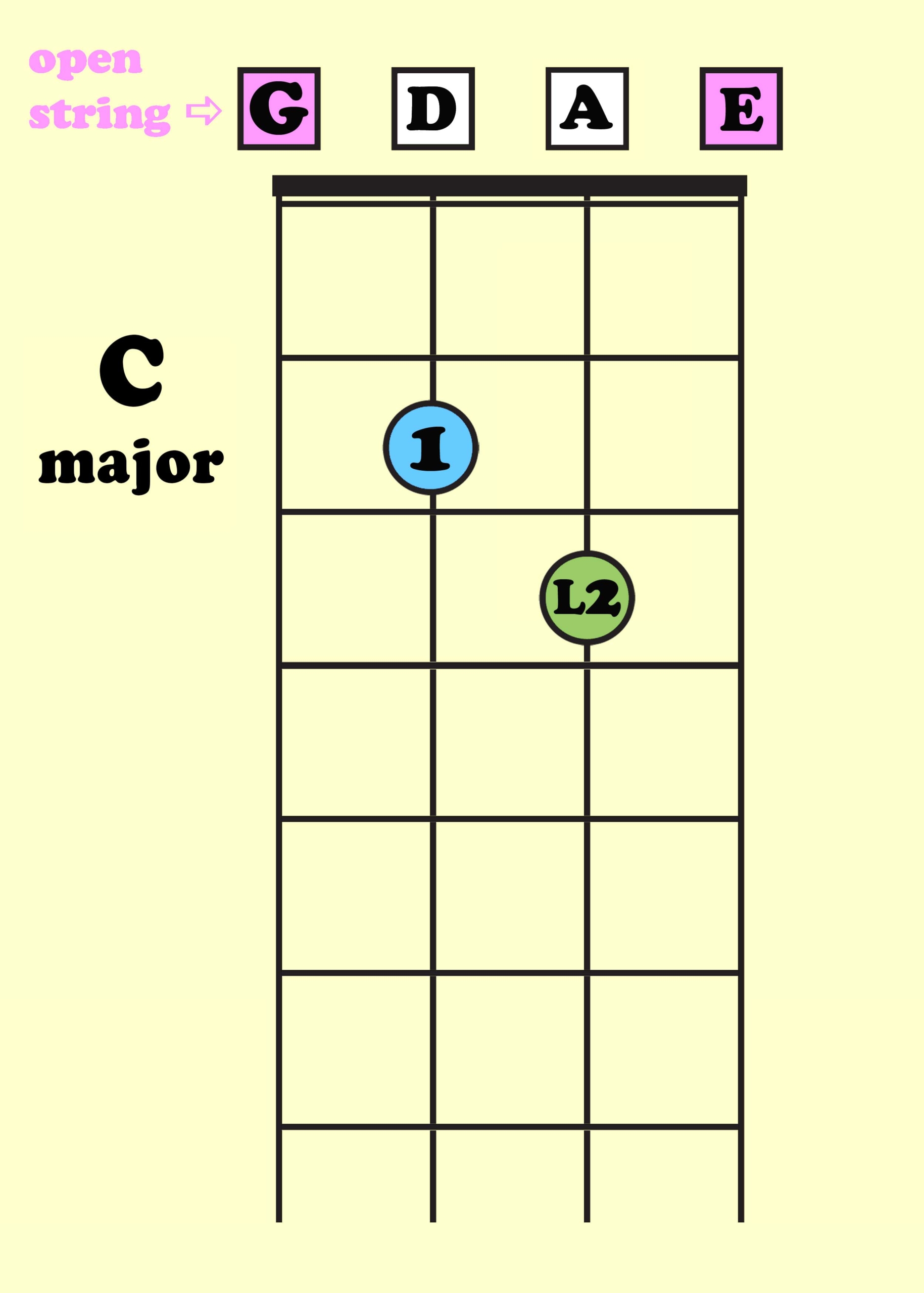 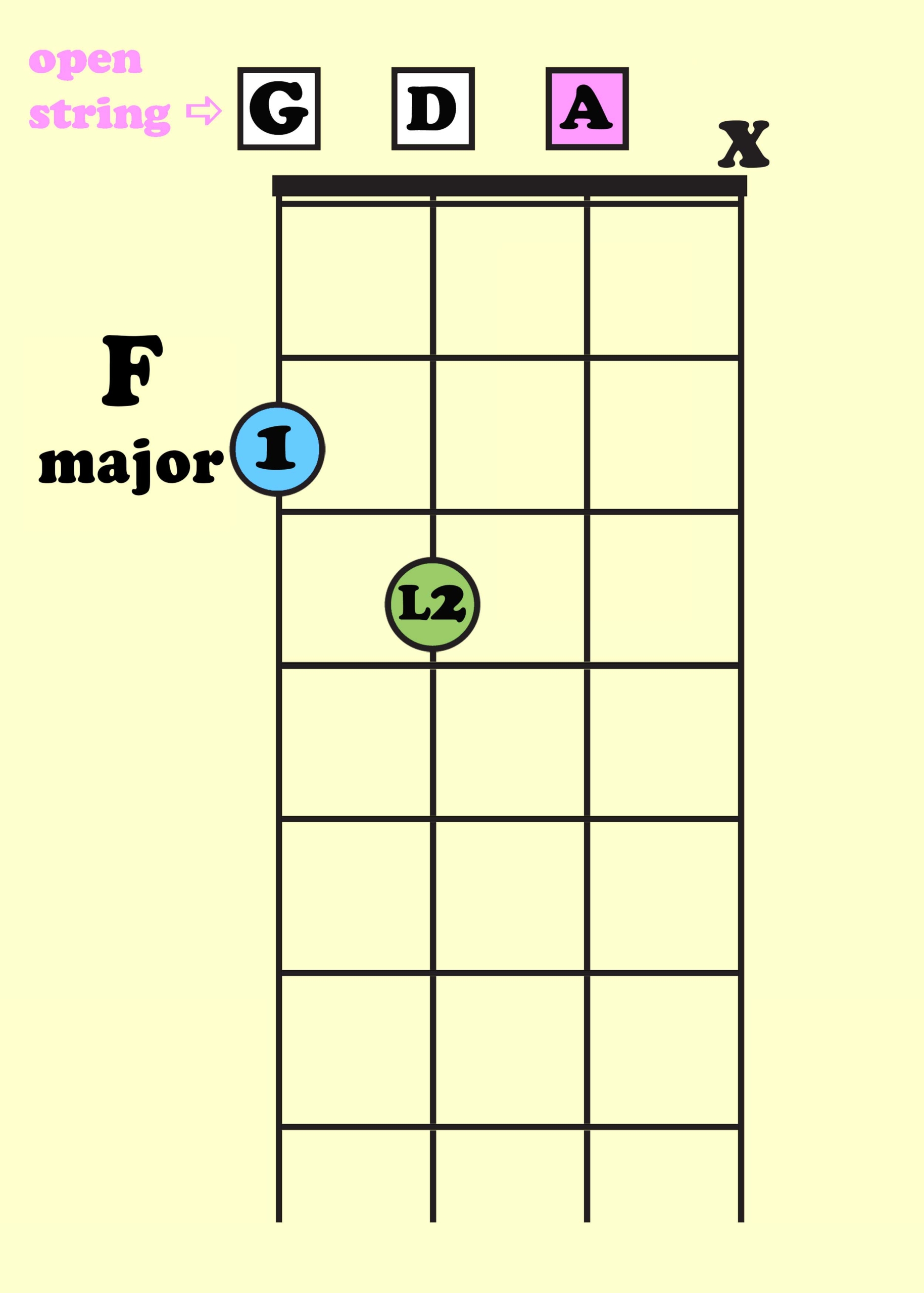 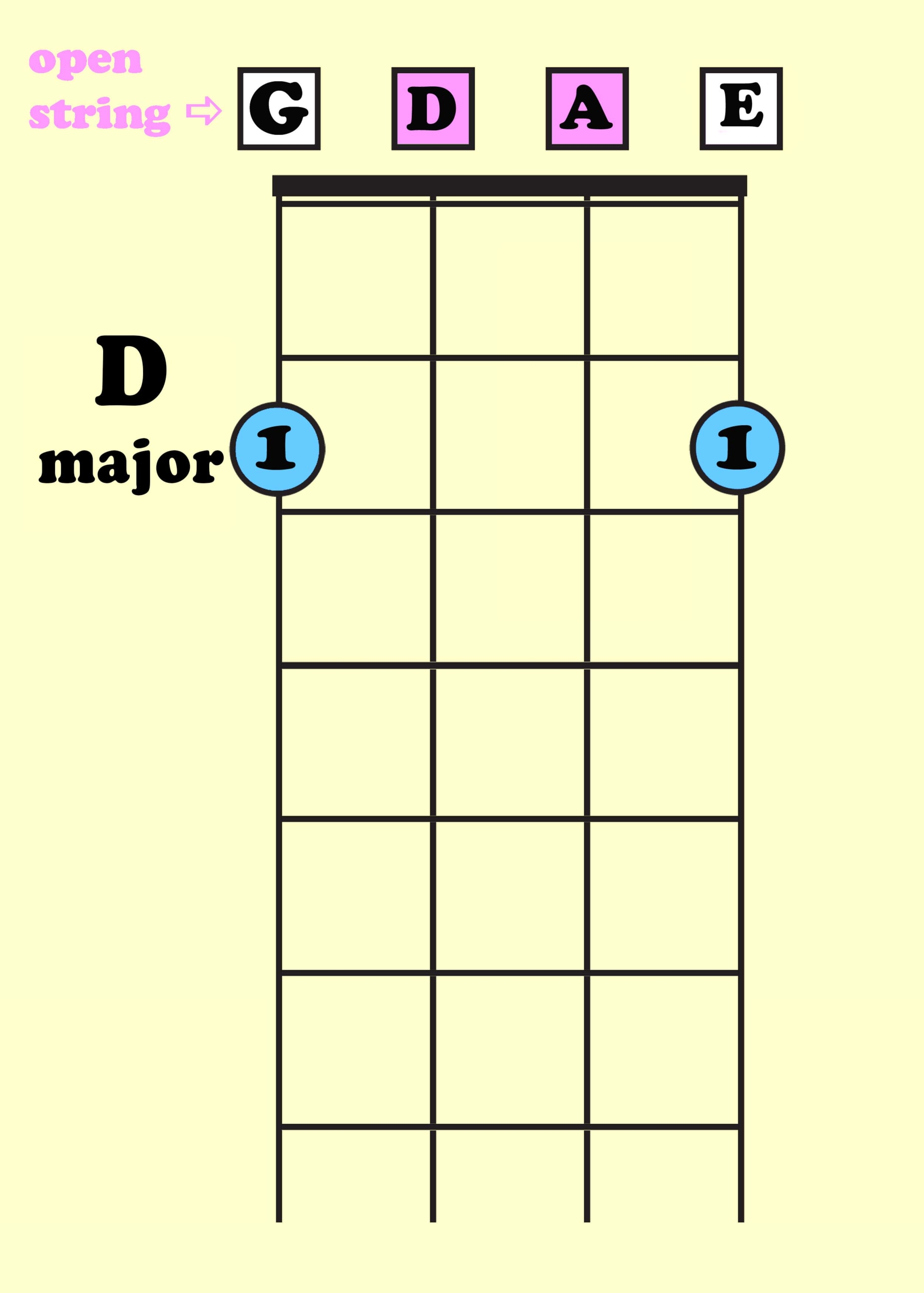 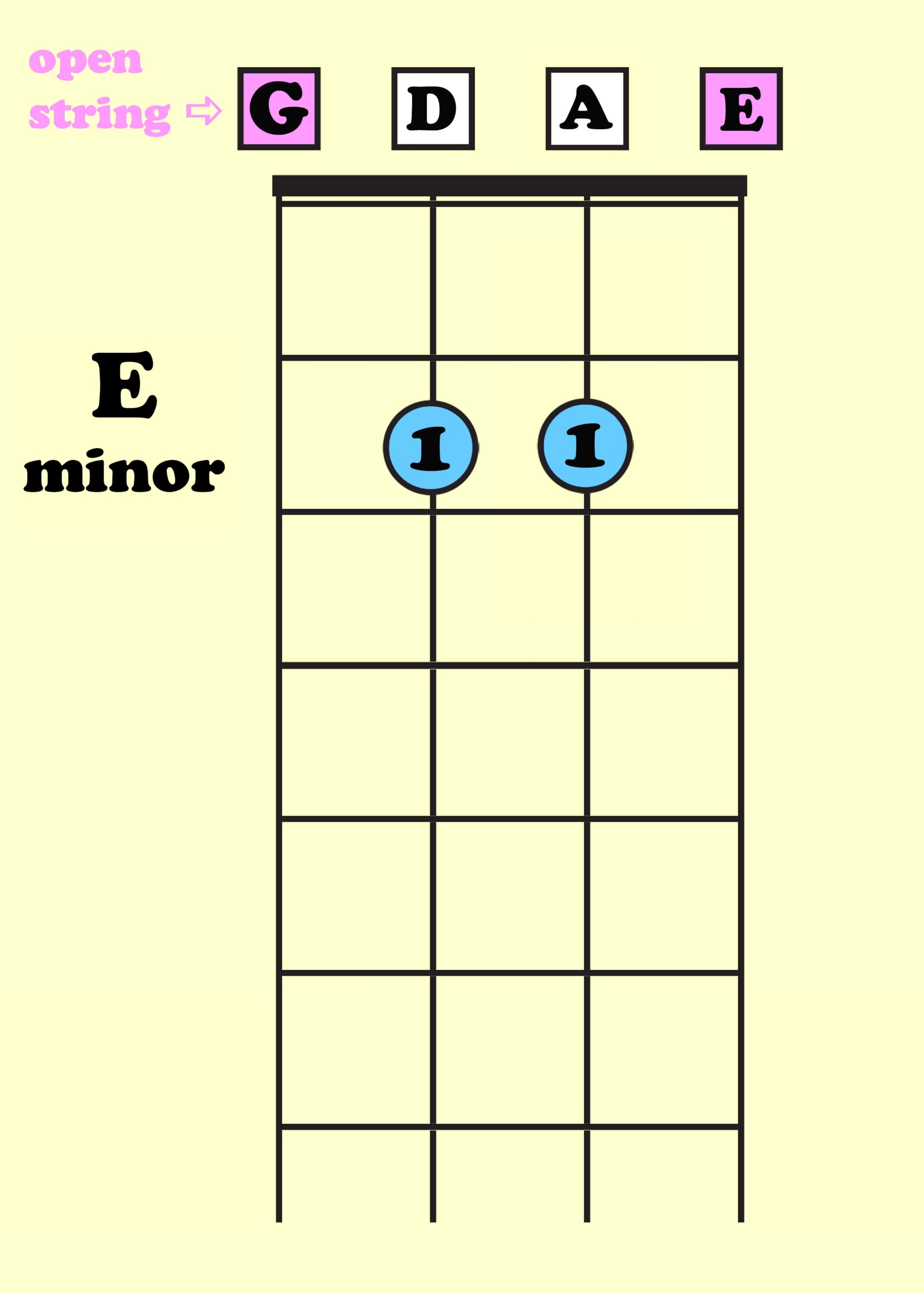 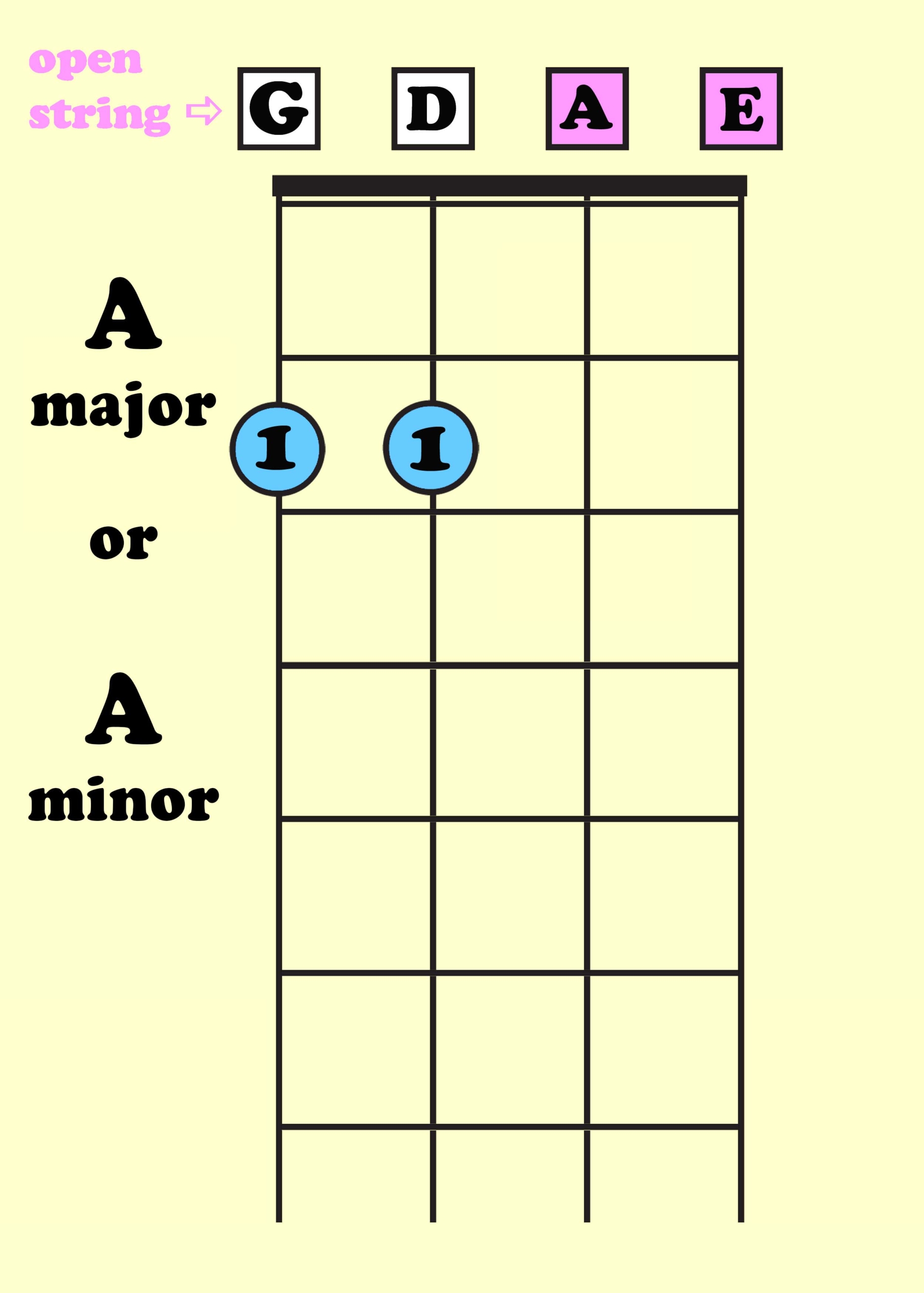 Picking exercises for Mandolin and Fiddle

There’s one chord progression throughout the song:
Em/G/D/C
I mix up how I play it for different parts. I also came up with a little riff to turn it around.

This means we go from C major to G major in a continuous loop. It’s understood that these are major chords. Eventually you’ll learn minor chords which are written like this: Cm /Gm.

Here’s the key to learning progressions: Play each chord with a single strum, then slowly alternate between the chords. This gives your hand time to find the next chord. Eventually your transition time gets quicker. Practice strumming at a medium tempo (60-70 bpm). Follow this practice path:

Now you can play a simple song. Wihoo! Let’s return to Oh Susannah. Here’s the chord progression for the verse:

Other songs have more chords, more complexity. But once you learn this, you can use the same process to learn chords for any song. This strategy will also help you learn and play chords on guitar or piano

Now we’ll repeat everything we’ve done, but we’ll use a pick. This moves us closer to playing mandolin. If you don’t have a pick handy, then just make one by cutting up a credit card. You don’t really need that do you? Buy less, play and save more!

Hold the pick between your right thumb and index finger like this. 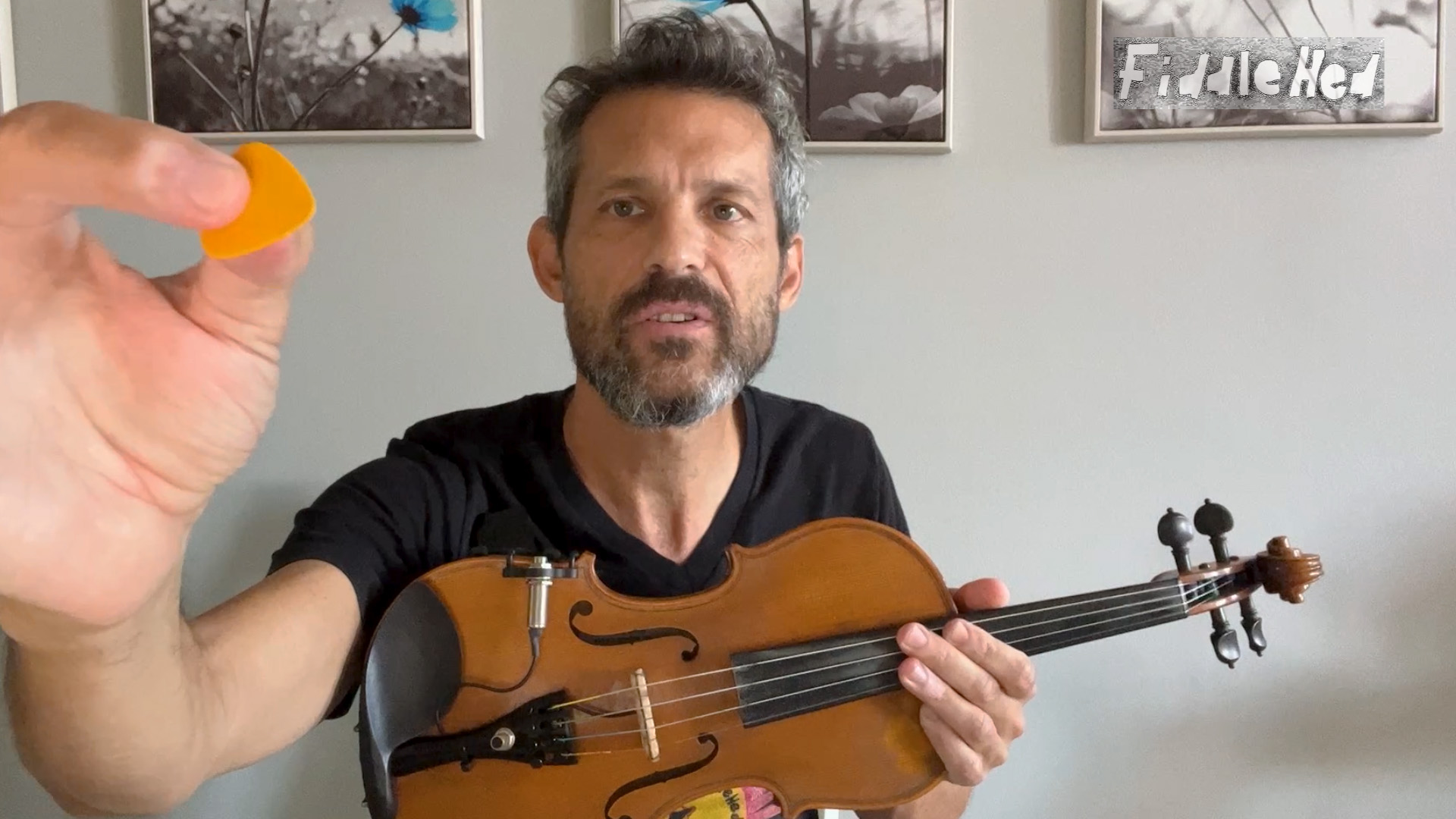 Do some air-picking, moving your wrist.

Then start picking on open D. Notice the difference between the pick and thumb.

Not only does picking prepare you for playing mandolin, but it actually sounds good on the fiddle. You can get sounds that aren’t possible on the mandolin, like bluesy slides.

Strumming with the pick

Now practice strumming with the pick. Repeat the same practices you learned with thumb-strumming.

By the time you’ve done all this, maybe a mandolin will show up on your doorstep in a brown box or underneath the Christmas tree.

Take everything you’ve learned and practice it on a mandolin.

Of course, there’s a lot more you can learn about mando that’s beyond the scope of this lesson

Return to top of Art of Fiddling >>

5 responses to “Mandolin For Fiddlers”