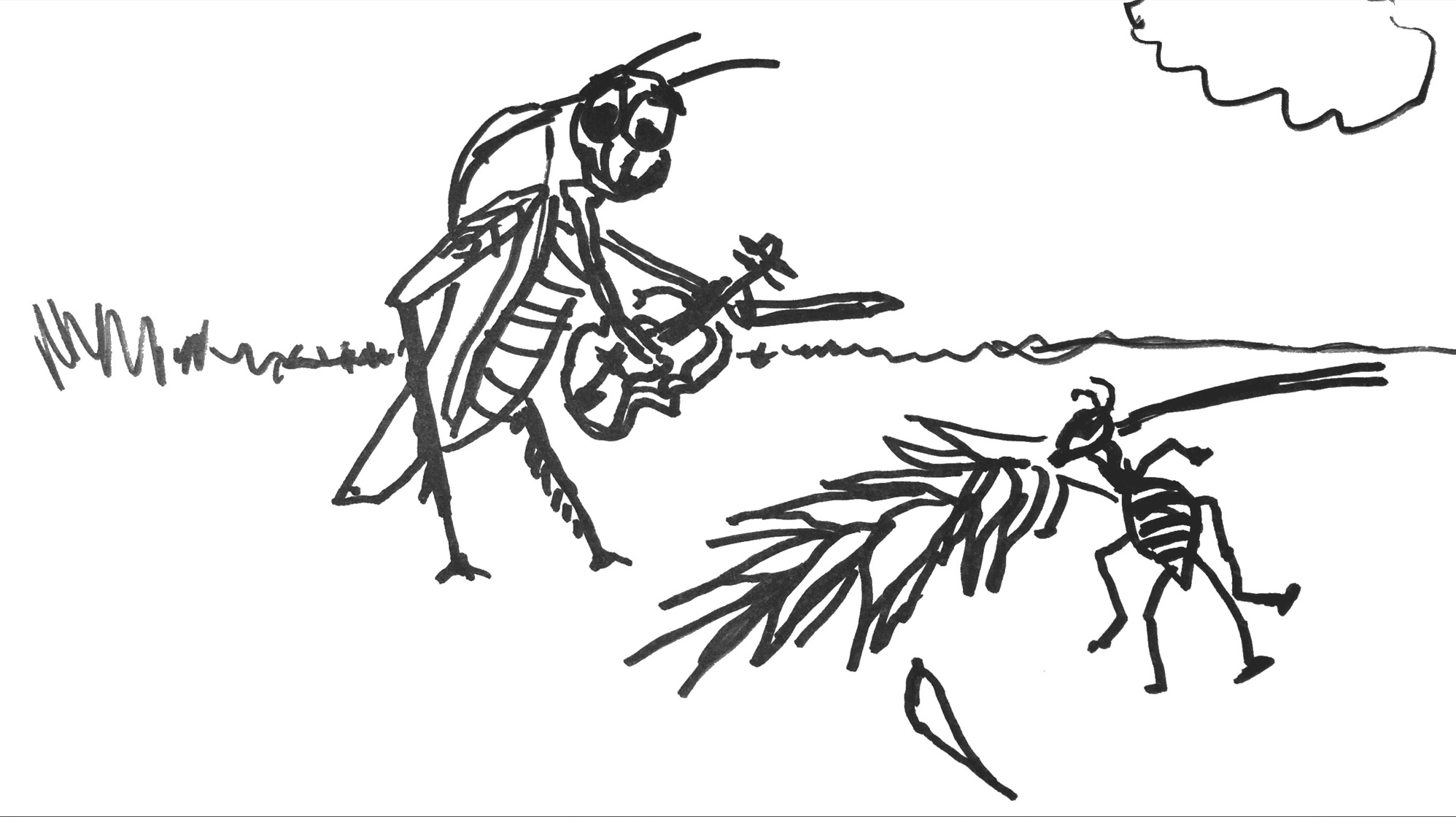 In Aesop’s most well-known fable, a grasshopper plays the fiddle in the summer while the ant works to store up food for the future. When winter comes, the grasshopper begs for food and the ant refuses. The original message was “Idleness brings want” which gave the ant the moral high ground. But later interpretations portrayed the ant as being uncharitable. And so the moral of the story is now more ambiguous and debatable.

I’m now travelling through Ireland. This trip is the first step in my plan to “Fiddle around the world”. I wanted to redesign my life so that I could work as I travelled. My goal was to put in three hours a day on the computer writing, editing and working on the website. Sure, I’ve done some tourist stuff. I road a bike around the Aran Islands, hiked to the Cliffs of Moher and took a walking tour of Dublin.

But I had to put in daily work to see if the lifestyle shift was viable. And so every morning I transform into the ant and sit at my laptop for three hours. 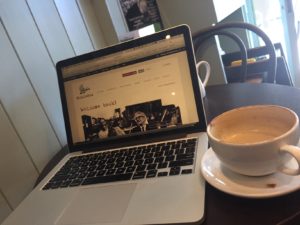 The biggest challenge has come from my own mind. Seeing other travellers heading off on fantastic adventures or lounging and chatting around the youth hostel. Feeling like a total nerd: here I am in beautiful Ireland surround by interesting people from around the world and I’m sitting at this dang computer!

There might be a parallel with practicing your instrument. You practice and practice. You resist it. You think, “I should just take it easy and find an easier way to have fun.” Or you may think, “I should be doing something more productive with my time.”

Of course, I mainly came to Ireland to learn Irish fiddling at the source. And so I transform into the grasshopper. I play in sessions every night. 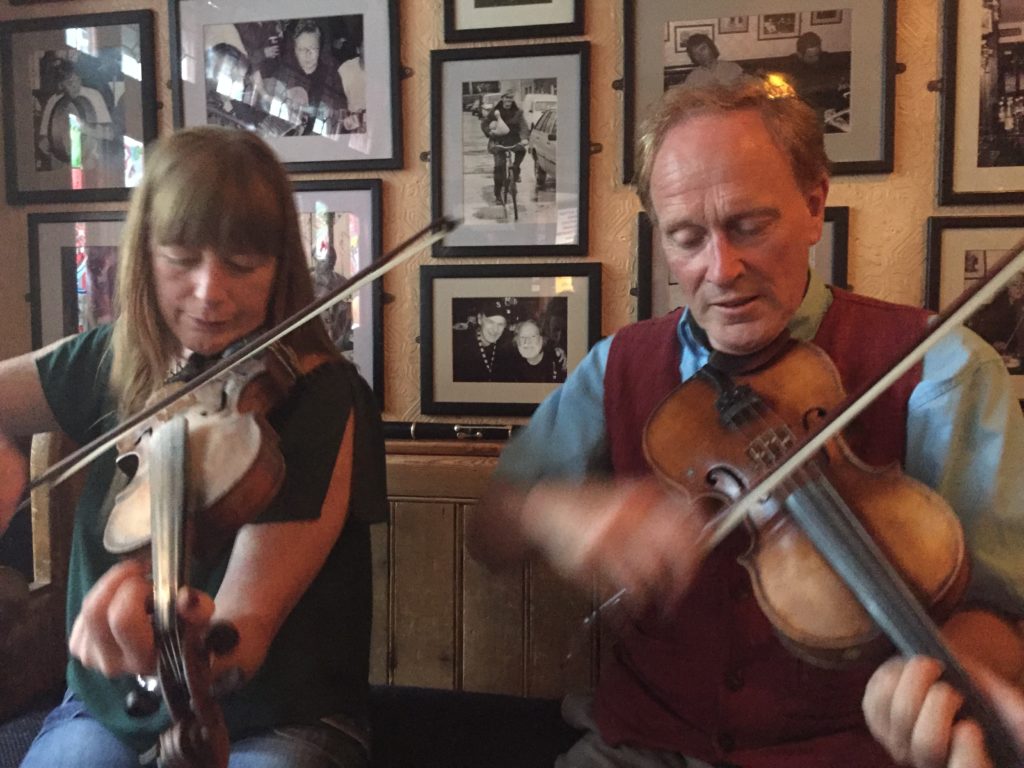 And spend days getting lost on dirt roads in the middle of nowhere: 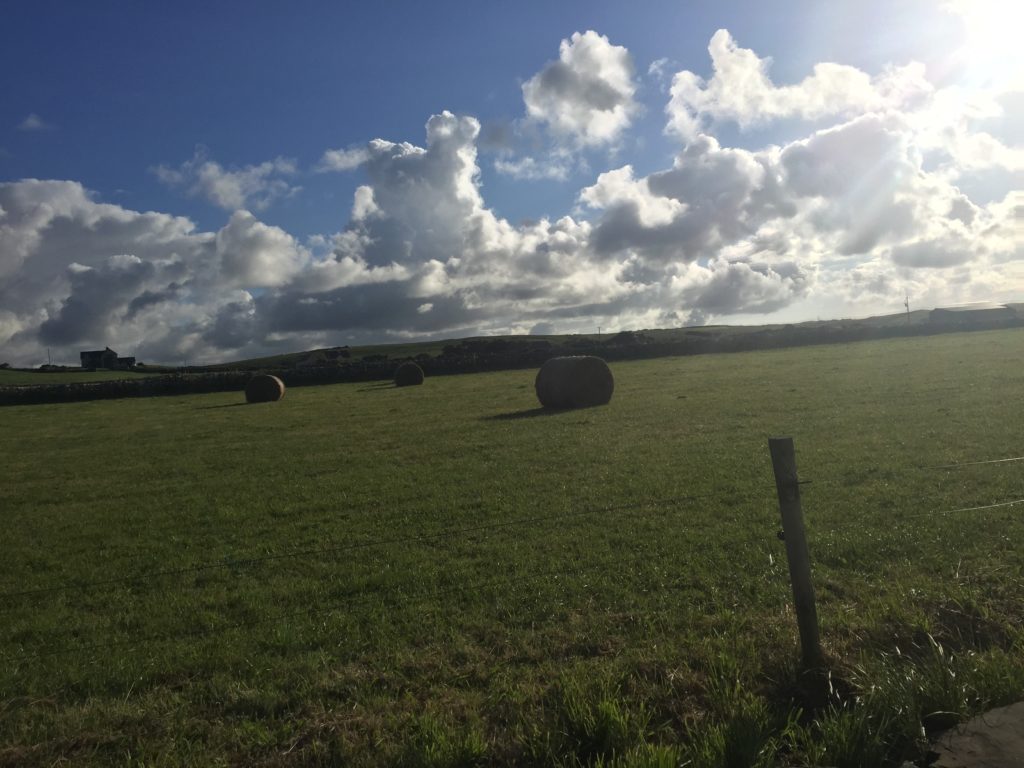 And then there are great moments when things come together and you feel like you’re doing the right thing. I just got to Galway and have set up in a coffee shop to put in my shift. And suddenly it feels good. It feels natural and even fun. The work isn’t an escape, it just has to get done. The work is just a part of who I am. It is my nature, my natural activity.

And if you keep playing every day, it will just become a part of who you are. A healthy, happy habit. You’ll wake up one day and realize you are a fiddler.  Why? Because you play your instrument every day.

And in those moments you’re no longer an ant or a grasshopper. You are you, living your human life, listening and learning, meeting people and realizing that after all, you are not alone.

7 responses to “The Ant and The Grasshopper”