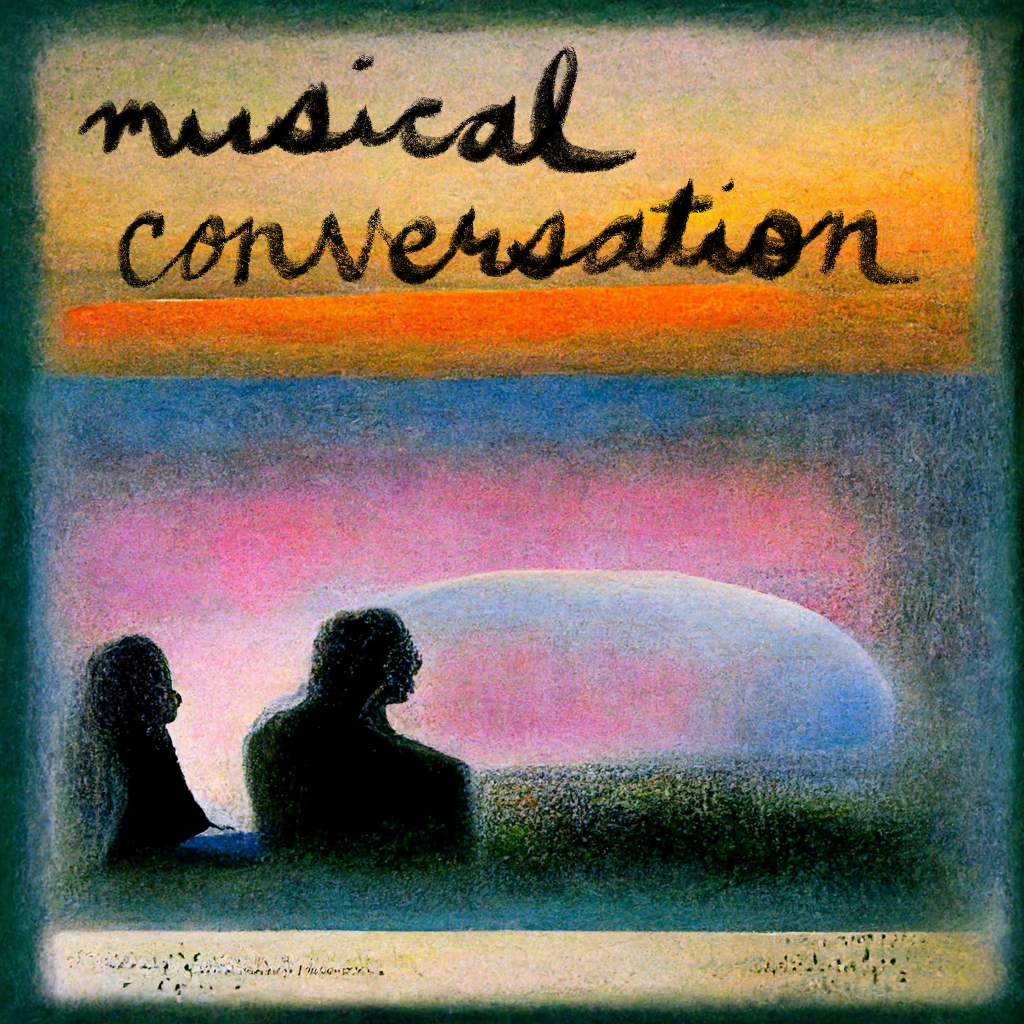 You can approach music practice and creation as a conversation. In the conversation, you continuously alternate between areas of practice. Musical conversation generates insight. It helps you to break through obstacles and it makes daily practice fun.

Call-and-response is a simple form of conversation. You hear something and then play it back. You can do this on your own (single-player) or with others (multi-player). In this video, I practice call-and-response by playing the same thing in two different octaves. When you do it, try to hear each octave as a distinct voice in the conversation.

The great thing about this practice is that you’re also improving your ability to hear and visualize music. This is called Audiation. And on top of that, you’re getting comfortable with an improvisational form. 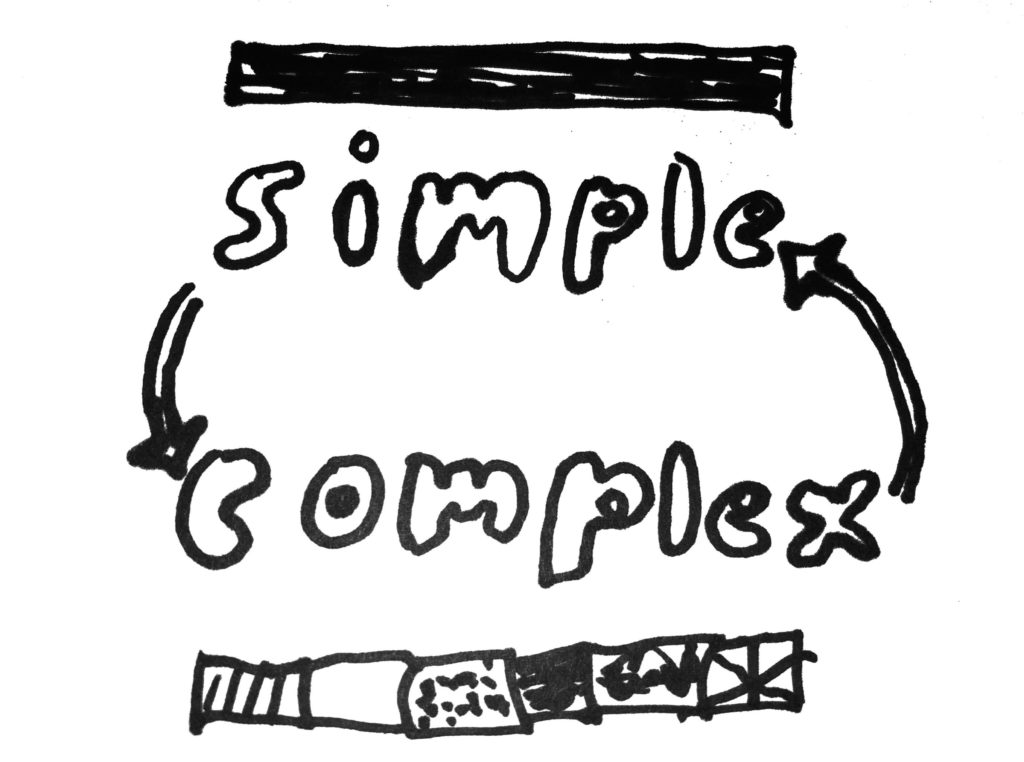 The conversation can happen between something simple and something complex. For example, alternate between a tune and it’s scale. The scale is something simple, the tune is more complex. In good conversations, we listen carefully and respond what a person says. After playing the tune, you might get an idea to try adding the hoedown rhythm to the scale. Also add hoedown to the tune to extend the conversation…

In the rest of this lesson, I’ll use these symbols “< >” to indicate a conversation between two different things. In the example above, the conversation happens between D Major scale and Arkansas Traveller.

As with any good conversation, what you say changes based on what you hear. So you may start by playing the D Major scale very simply. But after you play Arkansas Traveller, you may play the scale with a variation that you pick up from the tune, like hoedown (long-short-short) or the swing feel (long-short). 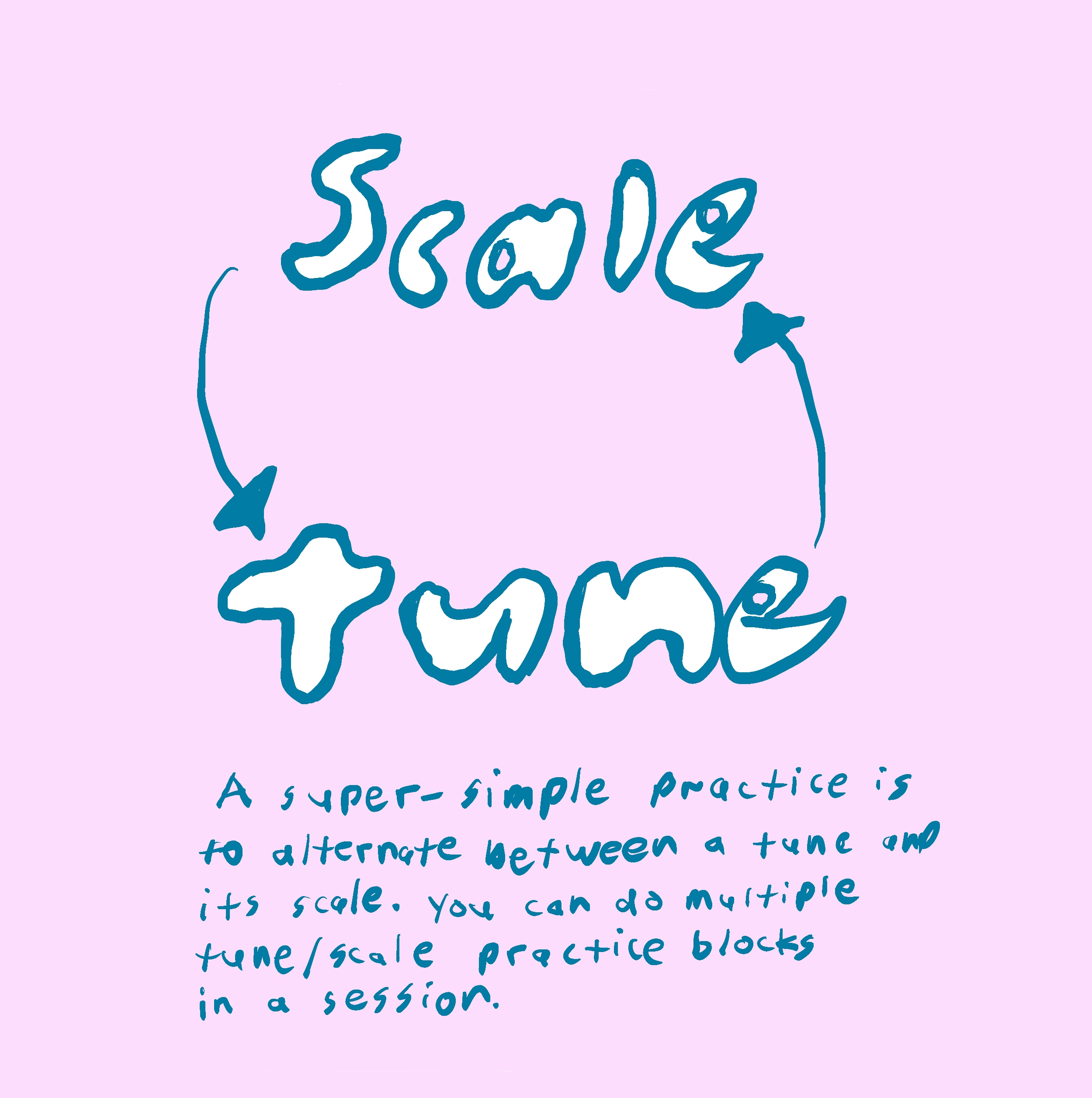 Conversation between voices and textures

OK! Now that you see the basic idea of conversational practice, I’ll show you different ways to do this on your own. It’s important to note that anyone at any level of ability can practice in this way. In this lesson I’ll offer examples with simple tunes, but the same principles apply to advanced tunes.

The conversation can happen between two voices, like bowing and plucking:

You can also alternate between singing and playing. Do this with little pieces of songs or tunes. If it’s a tune without lyrics, just add non-lyrical syllables like “la” and “na”.

Here are some other examples:

Use conversation to practice specific skills, like tune recall, note-reading, or slur patterns.

Or follow along with the video below to do this in a creative way (I add different variations like rhythms, transposition and slurs).

Take a conversational practice approach by alternating between the beginnings of two tunes.

So alternate between playing the beginning of Whiskey Before Breakfast

This will help you remember and recall these two tunes.

Note-reading. Alternation of just playing a tune with playing and reading. 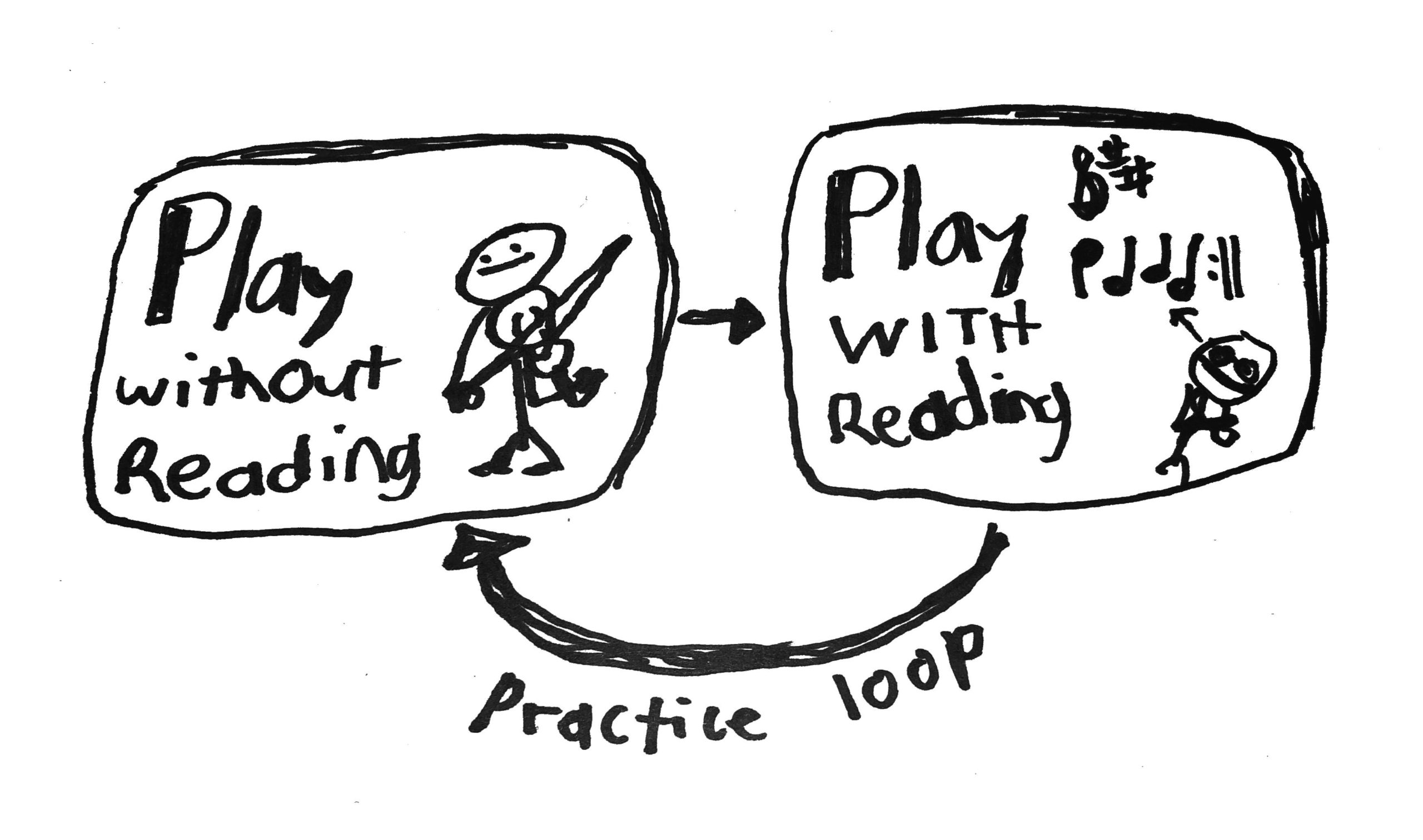 Mary Had A Little Lamb Basic

Mary Had A Little Lamb with Hoedown

Improvisation. At first, I recommend using call-and-response play-along tracks to practice ear training. Try to play back exactly what I play.

Once you can easily do that, then try to play back something different. Either add a slight variation to what I play, or try something totally different. Use the same video and audio exercises above to nurture your creativity. Remember, there’s a whole library of call-and-response tracks here: Call-and-response Central. You can also find these exercises in each module of the main course.

Playing with drones helps to keep the conversation going. With the D drone above, you can have the following conversations: