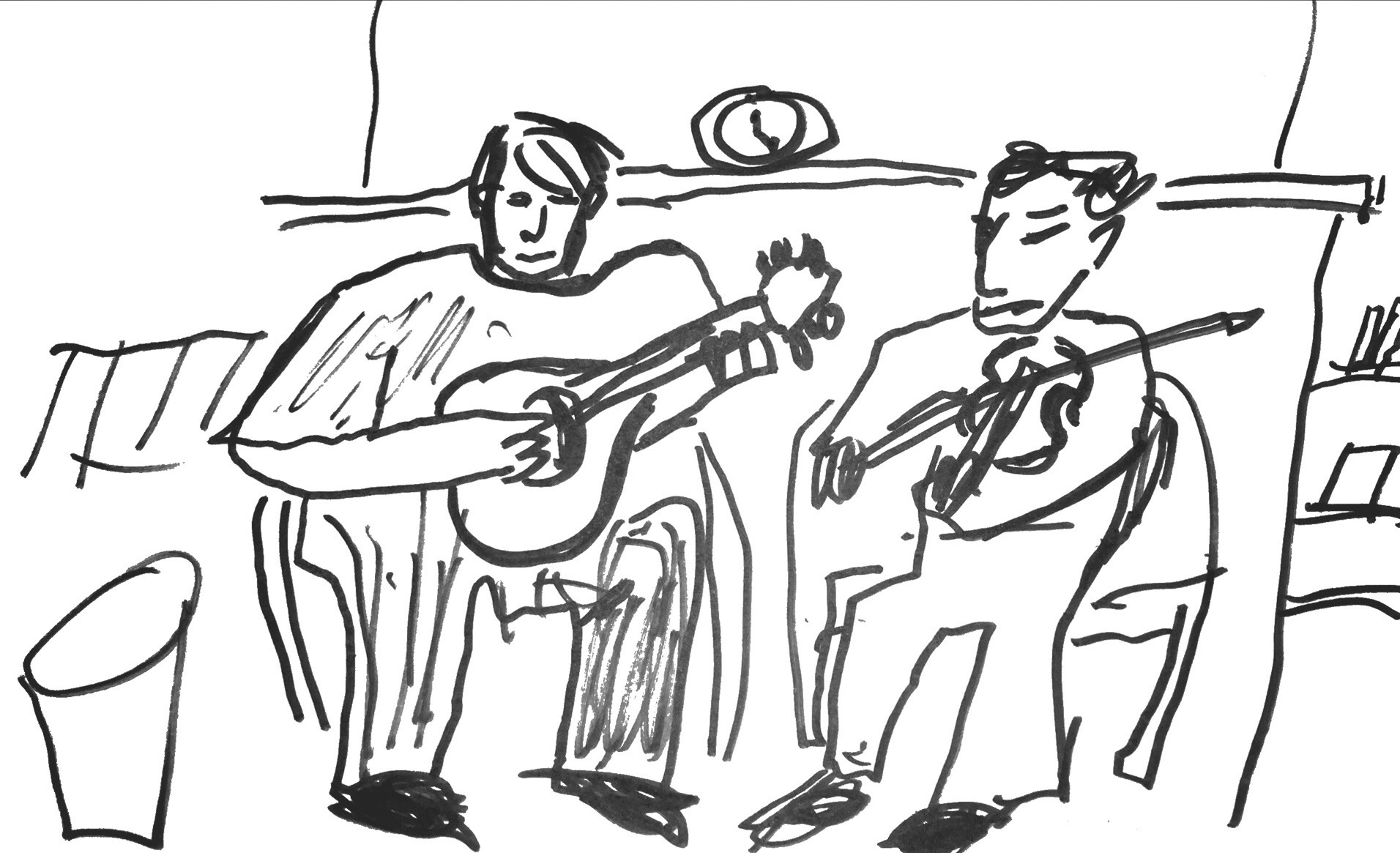 Traveling through Ireland I’ve come around to a more primal and pure way of doing music. Making music here is a social activity. This is probably so obvious to people here that they don’t even think about it. Instead of being on a stage in front of an audience, the audience is on the stage, because the stage is just a table with chairs around it.

The first few sessions I went to I was pretty nervous. And then something nice happened. I just started talking to the people around me. Suddenly the whole experience was lighter. This isn’t about me. People aren’t hanging on every note I play, judging my skills. We are all just here to have a good time. Of course, that means that you can’t ruin the music. But if you don’t know a tune (or in my case a lot of tunes) or if you make a mistake, it’s OK.

In my normal routine back home, my activity as a musician is practicing, teaching, touring or composing. I don’t tend to just hang out play music. Maybe because after teaching four hours, working on FiddleHed another four hours and practicing for an hour I’m ready to do something different.

It helps that music is a huge part of the culture that’s supported by the government. Everybody seems to play something. Gerald, the host at the hostel in Doolin where I’m staying, plays mandolin, button accordian and spoons.

I’m just beginning this project/adventure called Fiddle Around the World. But I’m guessing that the US is more of an exception than a rule.

At the risk around the hippie, this Fiddle Around The World project-adventure is a way of seeing how people are connected