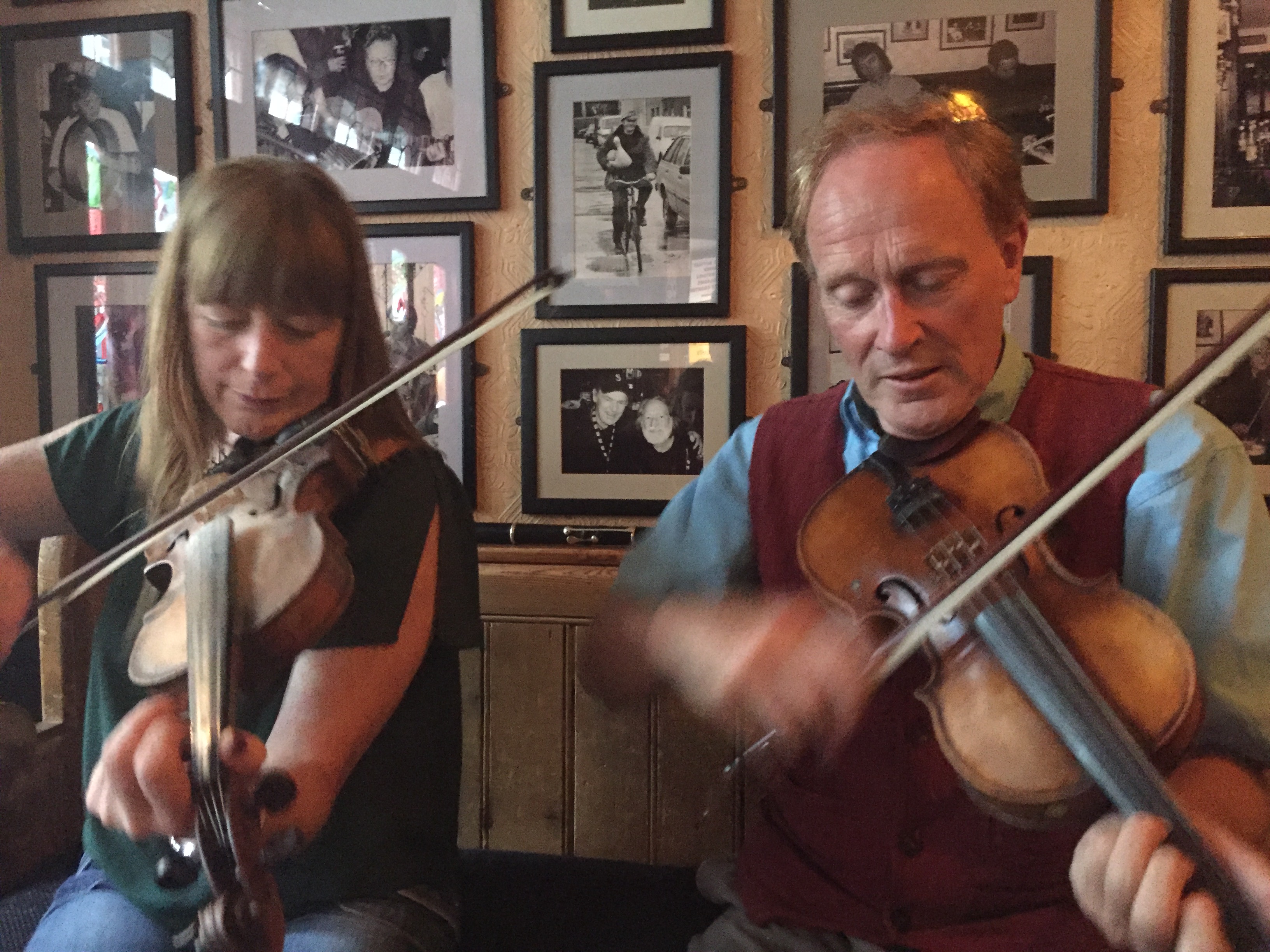 Towards the end of my trip I played an afternoon session in Galway at a place called Tig Choili. A lot of people were in town for Race Week and so it was crowded and noisy in the pub. I had a hard time hearing and picking up the melody.  One of the fiddlers was playing heavy double stops and the accordion player was playing lots of chords. The “melody signal” was unclear because of the noise (from the crowd and also from amplified buskers on the street outside). But this is actually common in pub sessions. Siobhan Peoples told me that you learn to train your ears to filter out the noise and hear the music.

Eventually, the session ended and most of the musicians left. A man named Sean still wanted to play so I stayed on too.

Sean sounded like an old-time fiddler but he was playing Irish tunes. I suddenly was able to hear the melodies better and almost telepathically pick up tunes I hadn’t heard before. After a particular set I thanked him and told him how easy it was to play with him. He said, “If you know it, play it clear.”

Wow! What good advice. As much as I love adding variation to music, I probably try too hard to add some personal flair. Sometimes the very best thing to do is simply to play it clear.

Try out this attitude: though you are producing sound with an instrument, you are not creating this music, you are just joining in with it. The music has been flowing long before you were here and will continue after you’re gone. You take part in something eternal when you play.

Listen to the music you are making. What is it asking you to do?

15 responses to “Play it clear”