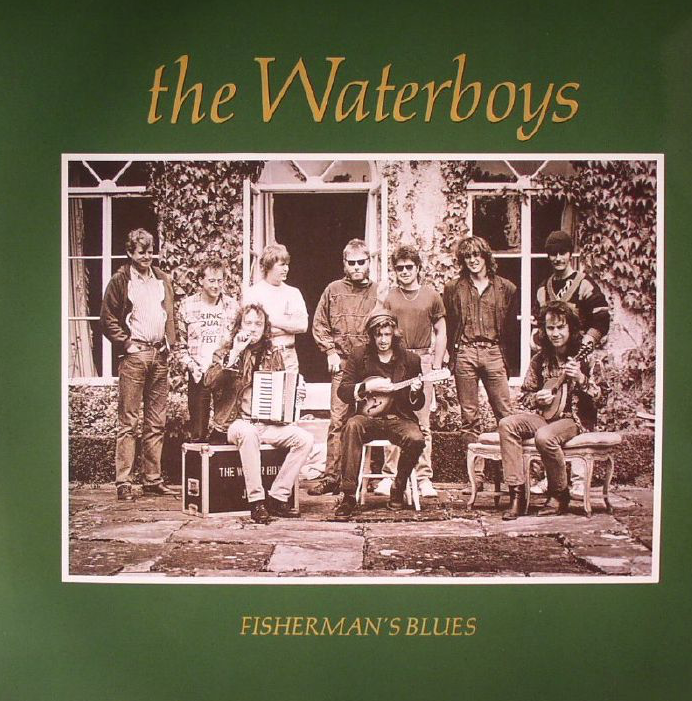 I recently did a lesson on how to play the solo from the song Fisherman’s Blues.

My first girlfriend introduced to this magical album of the same title by The Waterboys. At the time I was a junior in college, learning jazz, playing in the university symphony and not doing any kind of fiddle music. I was listening to a lot of other things: reggae, jazz and the Red Hot Chilli Peppers.

But Fisherman’s Blues did something different to me. For the first time I had an emotional response to the point where I had a physical reaction. I could feel the heart beating in my chest. Maybe it’s just personal. It was the first time living with a girlfriend, and this song and album were a part of the soundtrack we listened to while we played house; making spaghetti and other things…

The Waterboys had a minor hit called “A Girl Called Johnny” which I remembered hearing on KROQ, the alternative rock station in LA (one of the first of it’s kind). It was a cool tune, different from the new wave that normally got played.

The band moved more in the direction of folk with the album “This Is The Sea”, which had two hits, the title track and “The Whole Of The Moon”. During the making of this album, the band leader Mike Scott met fiddler Steve Wickham who would become a major influence on the musical direction of what would become the band’s signature album. Hooray for the fiddlers!

Mike Scott said of the process, “We started recording our fourth album in early ’86 and completed it 100 songs and 2 years later”. He moved to Dublin to work on the album. One of the sessions took place in Galway and had a more acoustic bent. These songs make up the entire second side of the album.

Another song that stands out on the album is their version of “Sweet Thing” by Van Morrison from Astral Weeks, another magical album that makes the blood rush to the head.

I could talk more about the Fisherman’s Blues, the different places it goes and why I love it. But I think I’ve said enough. Here’s the lesson on how to play the soulful fiddle melody from the title track.

Have fun, go fiddle with it…